Tisbury – A Cool Place to Live

According to a recent feature in The Times, for a rural village, Tisbury is ‘having a damn good go’ at being cool.

Those of us who have lived & worked in the Nadder Valley for many years have of course known this for a while.

What is behind the emergence of Tisbury becoming such a chique place to live or visit?

It could be argued that the way was led by the reincarnation of The Beckford Arms as a fine dining country pub at nearby Fonthill Gifford and whose complimentary reviews in the national press helped to bring the area to the attention of the London set. This in turn has attracted others to invest in the area, most notably the capital’s fine art gallery; Messums who have established a contemporary art space at the historic tithe barn on the edge of Tisbury that rivals that of Hauser & Wirth in Bruton.

The thriving village of Tisbury 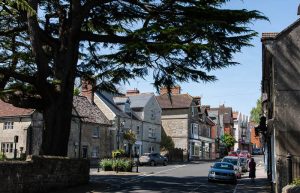 The opening of a number of independent specialist businesses in recent times has helped to re-energise the village’s High Street. The Beckford Bottle shop is described by The Times as ‘the most civilised offie in Britain’ whilst Tisbury Delicatessen, The Fishmongers, Beaton’s Tearooms and the many other smart boutiques and everyday shops have made Tisbury well worth a visit.

For prospective residents of Tisbury, there are plenty of other reasons why they might be attracted to the area not least of which is the railway station with its direct services to London Waterloo. Something of a rarity these days for a rural community, Tisbury is just about self-sufficient with medical, dental and veterinary practices, a primary school, post office and swimming pool whilst the new Nadder Centre offers a range of sports & communal facilities.

There may be villages which are architecturally prettier than Tisbury but one can’t argue about the beauty of the countryside that it nestles in. The Nadder Valley forms part of the Cranborne Chase & West Wiltshire Downs Area of Natural Beauty and its bucolic, gently undulating landscape is ideal for exploring on foot, bicycle or horse. 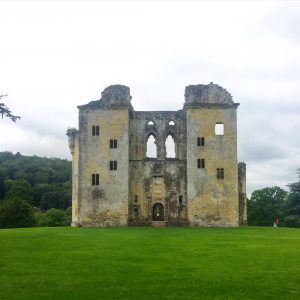 The area around Tisbury is rich in history with the lakeside ruins of Old Wardour Castle and its delightful grounds making an ideal picnic spot. The Fonthill Estate with its picture perfect lake and parkland was once part Fonthill Abbey, the home of the infamous William Beckford during the late 18th & early 19th Century.

A short drive away can be found a number of places of tremendous national an indeed, global importance such as Salisbury Cathedral, Wilton House, the Longleat Estate and perhaps most famously of all, Stonehenge. 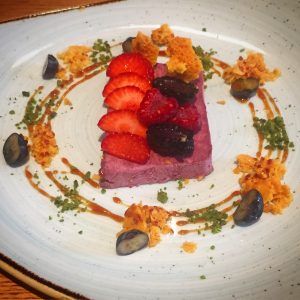 The Beckford Arms is not the only dining establishment that has attracted foodies from far afield to make the journey to Tisbury. The recently reopened and stylishly refurbished Royal Oak at Swallowcliffe is making quite a name for itself while Pythouse Kitchen Garden brings idyllic eating to the fore. The much admired Fonthill Estate run The River Barn restaurant at Fonthill Bishop and the traditional country pub The Compasses at Lower Chicksgrove also offer yummy, locally produced food.

Having become established as a cool, boutique village property agency, Rural View has a fine reputation for the bespoke, personal service it provides when selling, letting & managing their clients’ homes in and around Tisbury from their office situated on the edge of Chilmark.